One or Two Marine Engines?

One or two marine engines?

Are you better getting a power boat with one or with two engines?

The main advantages of a single engined boat are that it is cheaper to buy and maintain; and also may take up less space.

However, twin-engined boats have some distinct advantages.

With twin engines, you can manoeuvre in the marina much more easily. One basic trick is to spin the boat on its axis by putting one engine in forward (slow!) and one in reverse (also slow). Twin engines also have the safety feature that you are not stuck if one of the engines fails.

As a very general rule, slower boats (such as canal boats or inland cruisers) can make do with a single engine.

Also boats smaller than, say, 26 feet often only have a single engine. This is not too much of a handicap, as the smaller boats are easier to manoeuvre.

With twin engines, do check that there is enough room in the engine bay to carry out basic maintenance. What should be a simple job can be made much more difficult (and expensive if you are using a marine engineer) if there is insufficient space around the engines. Ideally, before buying any boat, get into the engine bay and ask where the main consumable items are. See if they are sensibly accessible.

You also need to consider the fuel tanks. Twin engines often come with twin tanks. Ideally, they should both be fillable from one fuel inlet, and should self level i.e. pump fuel from one tank to the other to equalise fuel levels. This helps ensure that the trim of the boat is maintained level. Usually each fuel tank feeds one engine. If there is a problem with one tank (such as dirty fuel or a broken fuel pump) causing one engine to cut out, then maybe the other tank can keep the remaining engine running. Of course this depends on whatever the problem is not affecting both tanks at the same time.

A bow thruster also helps with manoeuvring. Also, you need trained crew who understand how to fend off!

Our advice is that subject to budget, twin engines are a definite advantage, and especially and the addition of a bow thruster as well makes marina manoeuvring even easier. 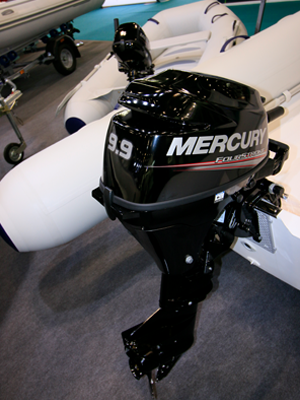