Boating at Goodwood Festival of Speed

There is no doubt that the boat show scene is changing. The very long-established London Boat Show is sadly no more, and many people are saying that the typical boat show format needs to be developed and updated, and to broaden its appeal.

In particular, the traditional boat shows tend to appeal to the same sets of people and follow the same format year after year. In order for the recreational boating industry to develop further, and offer more to a wider set of people (such as you, the reader), then it needs to appeal to a new set of potential boaters.

The Goodwood Festival of Speed (FoS) is addressing this with its new marine section. More on this later… 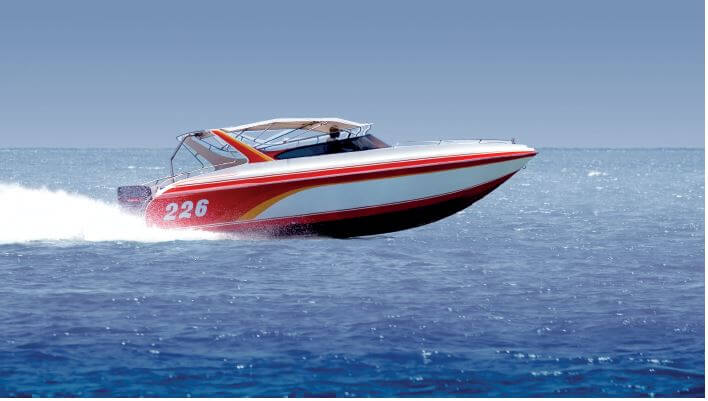 For those that don’t know the FoS, it is the largest show in the UK, with over 200,000 attendees. Yes – it is about twice as many as Southampton Boat Show. It takes place on the huge estate of the Duke of Richmond, north of Chichester. The show ground is about three times the size of the Southampton Boat Show ground, with plenty of variety and action to interest the visitor.

It has truly massive reach across social media, with 28 million video views, and 350,000 visitors to its website during the show.

The FoS has been going for 25 years, and is supported by a huge, comprehensive and effective marketing effort. Indeed, the marketing is so effective is that they have to limit the number of tickets; and are sold out before the show.

One of the concerns about boat shows is that they are somewhat passive. You go around looking at the trade stalls and the boats; but there is a limit to what activity you can see. Some shows have tried to address this by offering, for example, on the water experiences.

The FoS is different – it also has some really spectacular events which are at the core of what it does, such as: 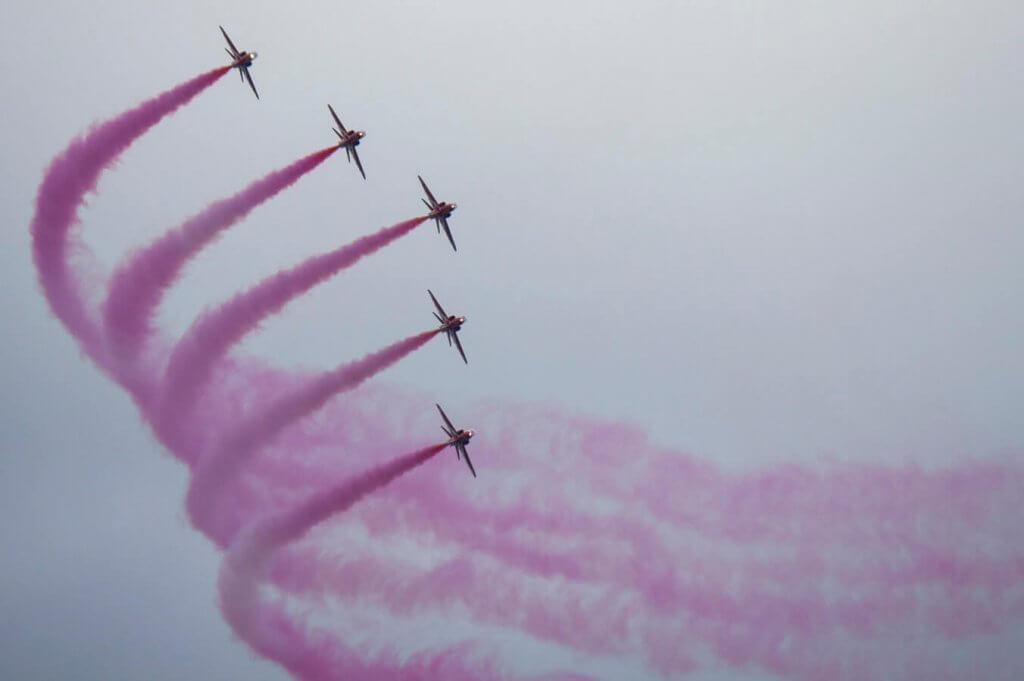 You may ask where boating comes into this. Up until this year, the FoS has focused on land and air. This year it is extending its reach into boating. It has identified that many of its existing visitors are also very interested in boating. Indeed, Go Earth has successfully exhibited there for the past 3 years for precisely this reason.

It is not unusual for FoS to extend its reach. It was several years ago, in 2012, that it added the successful aviation section as an integral part of the FoS – covering both ﬁxed wing and helicopters, as well as aircraft parts and the usual supporting trades. So, the addition of boating is a logical next step.

In fact, many of the big names in car manufacturers have an interest in boat development; and there is cross-over between the senior ﬁgures in both industries. In 2018, Sunseeker appointed a new CEO who was ex-Aston Martin Lagonda; and the ex-CEO of Sunseeker moved to Lotus cars. A few years ago, Princess Yachts appointed the ex-MD of McLaren as its new CEO.

This cross-over between automotive and boating is common and deep. Both industries have similar interests in technology, such as engines, engine management systems, use of exotic materials such as carbon ﬁbre, the use of electronics and the provision of luxury lifestyle products. Even more mundane items, such as cleaning products and oils have applications in both automotive and marine. (Yes, I know that cleaning product and oil technologists will speedily point out that their products are not ‘mundane’!).

The boating section will be a dedicated area, complete with a boating advice centre offering free impartial advice to the curious visitor and pointing them in the direction of relevant exhibitors. There will be a select band of exhibitors offering an interesting mix of stands and attractions. This will attract some new people into boating, as well as being of interest to existing boaters. Therefore, it will complement, not compete with, existing boat shows by offering a new and different angle.

One notable feature of the FoS is the willingness of people to spend money! One stand, for example, sells classic cars – some costing 6 ﬁgures upwards – direct from its stand. By the end of the show typically over half its stock on show has ‘sold’ stickers on. We envisage similar results with boats. Slightly lower down the price bracket, we think that some visitors will want to buy both auto and boating products.

The next festival will take place between 9-12 July 2020. For more information visit the official Festival of Speed website.

We have been contracted by Goodwood as the official Marine Exhibition Agent for the event. Our aim is to showcase the best that the marine industry has to offer and we’d love you to be a part of that. Please contact us for more details at martin.berman@boatsearch.earth

This site uses Akismet to reduce spam. Learn how your comment data is processed.

Moving On Up (With Apologies to M People!)

Receive top tips on how to find your ideal boat and keep up to date with industry news.